"Any man can be a father but it takes someone special to be a Dad." -- Anne Geddes

The role of a father is often relegated to a secondary status as compared to a mother. Nowadays, though, we know the father is just as important for a child as the mother is. If mothers are the heroes of child rearing, the significance of a father in the development and emotional well being of a child is no less. Children depend on their father for their spiritual, emotional, physical, financial and social well being. For daughters, the father is the ideal man in the world and also the first man they adore; while for sons, the father is an idol and the strongest man they aspire to emulate.

Sunday is Father's Day: the perfect time to honor every Dad who shows up for his children. It's not an easy thing, being the best father they can be. But they are making a huge difference in their child's life -- now, and every day of their child's future.

Every hug, every joke they share, every moment that they listen patiently, every time they take a deep breath and see things from their child's perspective, every time they role model for their child how to show up with integrity, they are shaping their child into a person who will make them proud. We celebrate you!

Now, to honor the contribution of Fathers, let's consider some recent research findings that may surprise more than one.

Did you know that:

-Children whose fathers are highly involved with them in a positive way do better in school, demonstrate better psychological well-being and lower levels of delinquency, and ultimately attain higher levels of education and economic self-sufficiency. One of the most important factors in girls’ academic achievement is their father’s belief in them.

-Boys who frequently wish their fathers spent more time with them weigh, on average, 10 pounds more than boys who are satisfied with the amount of time they spend with their dads.

-Kids who feel they have good relationships with their fathers are less likely to use drugs.

-Kids who feel they don’t have their father’s respect are more prone to anxiety.

-An active and nurturing style of fathering is associated with better verbal skills, intellectual functioning, and academic achievement among adolescents.

-When fathers are involved in their children's education, the kids are more likely to get As, enjoy school, and participate in extracurricular activities.

-Toddlers with involved fathers start school with higher levels of academic readiness. They are more patient and can handle the stresses and frustrations associated with schooling more readily than children with less involved fathers.

-Whether a girl has early and/or unprotected sex is greatly influenced by whether her father was loving and supportive to her. Adolescent girls living in homes without their fathers are 3 times more likely to engage in sexual relations by the time they turn 15, and 5 times more likely to become a teen mother.

-Fathers who take a week or more off to spend with their newborn are closer to their child at every stage of the child's life, right up into young adulthood.

-Dads often worry that they don't know how to care for a newborn. But research shows that men have a hormonal response to becoming fathers, including increased oxytocin, estrogen, prolactin and glucocorticoids, which creates a natural protectiveness toward the baby. So Paternal Instinct is as real as Maternal Instinct.

-The more time dads spend holding their new babies, the more their paternal instinct is activated, and the more comfortable they feel comforting and caring for their newborns. This is usually a transformative experience for Dad, a tremendous relief to mom, and a vital relationship for the baby.

-Fathers' parenting-related stress has a harmful effect on their toddler's cognitive and language development, especially with boys.

-Fathers' mental health issues such as depression causes behavior problems in toddlers, and can have a long-term impact, leading to differences in children's social skills, self-control and cooperation even as late as fifth grade.

-Teenagers watch an average of 21 hours of television per week. They spend only 35 minutes per week talking with their fathers.

We don't need scientists to tell us how important fathers are. We can see it in the face of any child looking up at his or her father. 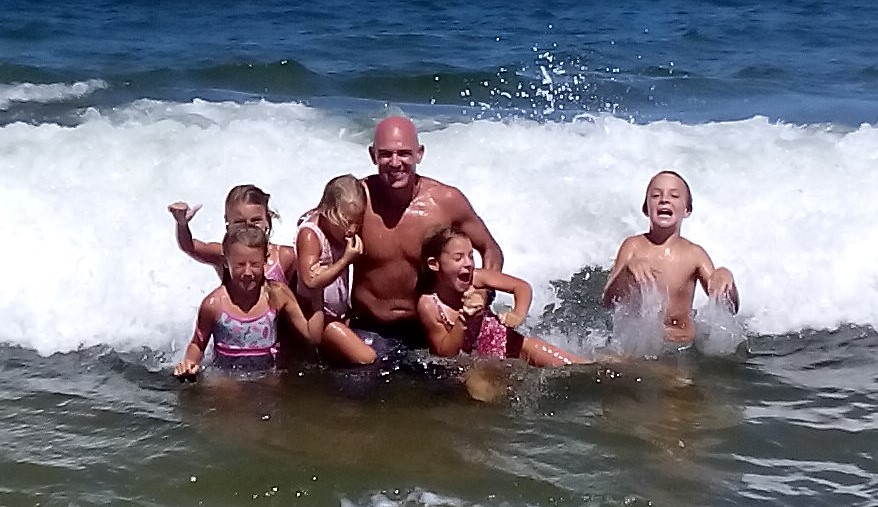 I would like to take this opportunity to specially thank my husband, the FATHER of our children, for he is doing a terrific job! And my dad, that although he passed away when I was very young, he has always been so present in my life...

10 Fashion Styles: Which one is you?